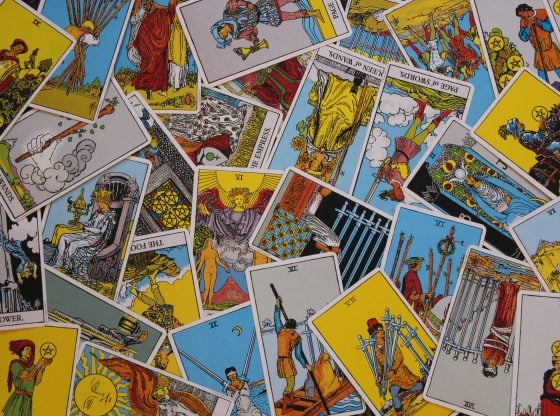 The Tarot deck is a collection of 78 images representing ancient and universal archetypes, as well as situations that might arise in the course of the lifetime of an individual. This collection is arranged in the form of a pack of cards and is used to gain insights into psychology and metaphysics, as well as foretelling the future.

The true origins of the Tarot are controversial, having long been lost in antiquity. There are a number of theories, but most scholars agree that its present form originated in the Middle Ages. Until the mid-1900’s, there was only one Tarot deck readily available: the Rider-Waite. Now, however, there is a vast number of beautiful and intense Tarot card deck designs available to readers.

The twenty-two Tarot trumps, starting with The Fool and climaxing with The World. Drawn upon ancient archetypes and compiled into a system in the Middle Ages, the Major Arcana illustrate various individuals, concepts, and life situations that most people will have to encounter at some point in their lives. In a Tarot reading, these cards are generally related to the most important life events – those involving humanity, the world and its life forms, customs, laws, and other major sociological issues.

It used to be believed that the Tarot deck developed first, and then the trumps gradually were dropped from the game pack. Now, however, Tarot scholars believe that the Major Arcana, with all their esoteric and religious symbols, developed separately from the game pack, and were joined into one deck around 1400.

The fifty-six Tarot cards outside of the Major Arcana, including the Court Cards, and categorized in terms of the four suits and numbered from one (Ace) to ten. The Minor Arcana descended from the original game pack, which is believed to have arisen in China, where paper was invented, in about 800 A.D. The idea of playing cards entered Europe from China via India and via the Middle East in medieval times. There are a number of records from the late fourteenth century that refer to an Arabic card game called “naib.” When the game pack was combined with the Major Arcana and the practice of card divination became widespread, the Minor Arcana began to represent events in the course of the life of the individual. This continues to be the practice even today.

Tarot spreads or layouts are patterns in which Tarot cards are laid out in order to give a particular type of reading. Usually, each position in the spread is associated with a specific meaning, and the sense of the card placed there is blended with the implication of the position it’s in. Popular Tarot spreads include the Celtic Cross, the Three Card Spread, the Tree of Life spread, and the Astrological (Twelve House) Spread.

A psychic or intuitive who uses Tarot cards as his or her primary focus when giving a reading. The cards serve as stimuli for the reader’s insights and ability to give advice.

Facebook0Tweet0Pin0
What Are The 7 Chakras
Understanding Clairvoyance, Clairaudience, and Clairsentience 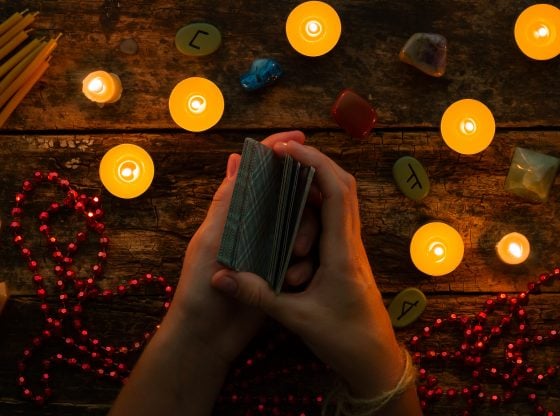 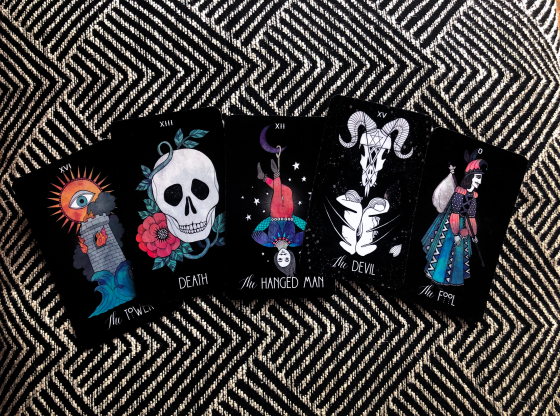 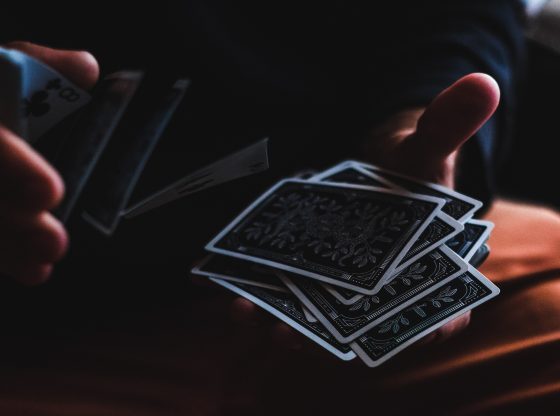 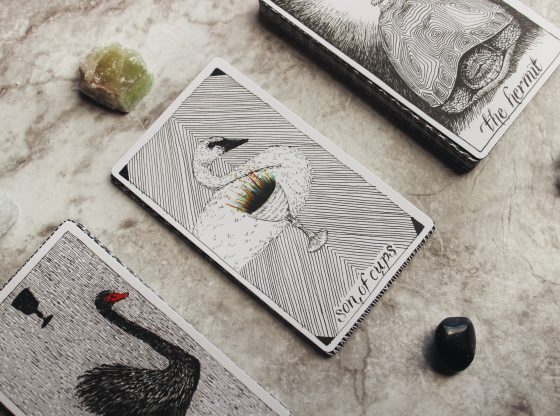